Mr.Huckaba may be a new teacher at Central, but he’s been down these halls before. He discovered his love for music as a student at Central, graduating with the class of 2015. His interest in teaching comes in part from seeing students worrying about their grades.

Read about this year’s superlatives here!

Gifts that are Easy on your Wallet and the Planet

The holidays can be a procrastinators nightmare. Stress no more and look no further than this list of eco and budget friendly gifts perfect for any giftee! After taking a lot at the positive environmental impact, there is no way to turn these down.

Mr. And Miss CHS are perhaps the most prestigious superlative titles. Winners Xavier Washington and Rylie Compton stay actively involved in school athletics and deserve this award because of their time and contribution here at Central.

Class of 2019’s Most Dependable

Peers voted Meredith Glover the most dependable for the class of 2019 because she is trustworthy and always makes an effort to be there for others.

Thanksgiving in a New Light

Thanksgiving. It’s turkey and football and family. It’s tradition and time to relax. As many celebrate and overindulge in the coming days, it’s also important to understand and perhaps take a closer look at this often overlooked holiday.

The Recipe For a Memorable Thanksgiving

After Halloween, many people automatically switch into Christmas mode. People jump skip over one of the most heartwarming and welcoming holidays in the world, Thanksgiving. Some may just think that it is unnecessary because you make the same meal with turkey and ham, you’re surrounded by family, and you watch cheesy holiday specials while wrapped tightly in a big fluffy blanket. To many, Thanksgiving is just an overblown Christmas rehearsal where you don’t get presents. To make your Thanksgivings more memorable I have three easy steps that can make your Thanksgiving just as good as Christmas.

Being voted the cutest at Central is not only about looks, but about how someone’s personality shines through. Alexis Hinton and Erik Richardson are both known for being pleasant individuals, earning them the title of cutest.

When the Senior Superlatives were announced, the category best dressed fits these two seniors to a T.  Zane Pearson and Lexi Cardwell both won the best dressed category voted by their fellow peers.

With over 200 names to choose from in the senior class, the task of choosing one girl and one boy to for each superlative seemed rather daunting. However, there was one pair of names that were obvious fits for kindest: Sarah Cook and Justin Mize.

On September 4th, 2006 the world lost one of the greatest voices in conservation and animal studies when Steve Irwin was killed in a diving incident with a stingray. Now twelve years later his son Robert, his daughter Bindi, and his wife Terri are continuing his conservation conversation with their new show Crikey! It’s The Irwins on Animal Planet and YouTube.

If you hear someone laughing or smiling you can assume that it was caused by your classmates Griffen Smith, Kacie Grogran or Sydney Domermuth. When the senior class had to nominate two candidates for the wittiest, they automatically knew who to choose but were torn for the wittiest girl.

Due to his hard work and dedication in all of his classes, Aaron Tuk has been selected for the Student of The Month for the sophomore class. He is a member of the soccer team here at Central and is also on the mock trial team.

Xavier Washington and Reagan Battershell are both seniors active in a lot of activities during and after school, involving the school, also Xavier and Reagan both participate in sports.

Halloween, the most creative holiday celebrated in America, comes with a plenty of surprisingly outstanding self-made costumes that leave people in awe for their thoughtfulness and creativity. These ideas are simple yet extremely effective when it comes to impressing your peers.

The Screams Inside the Bluffs

Legends, in their own little way, attract practically everyone and the legend of the White Screamer in White Bluff, Tennessee is absolutely no different.

What It Was Like Living In The Middle East

On July 20, 1969, Neil Armstrong became the first man ever to walk on the moon. However, some people doubt that this monumental achievement actually happened. They’re wrong.

Who Decides What is Real and What is Not?

The Moon is a mysterious celestial body that billions of men and women throughout time have wished to see up close. We wonder what it’s like up there, what’d it be like to walk around on a hunk of space rock with no atmosphere. They say we went in July of 69′. But did we really?

Mrs.Buckner, a teacher at Central High School may seem to be a shy person, but is an amazing teacher and an even more amazing person. Look closer to find the life of a not so “average” teacher…

The Safety of Haunted Bathrooms (Or the lack thereof)

Think about it. You’re a student at a large school and just so happen to walk into the bathroom where one of your bullies are waiting for you, and suddenly within a blink of an eye… you’re dead.

The Baker Creek Preserve is a beautiful scenic getaway, perfect for outdoor recreation as autumn grows closer. A wide range of activities, mixed with the beautiful outdoor atmosphere, makes Baker Creek perfect for all ages.

Keagan Cross and Cian Bell: Class of 2019’s Most Likely to Succeed

Everybody wants to be successful in life, but when the senior class was asked to select two classmates who were most likely to do so, the answer seemed obvious. Keagan Cross and Cian Bell were both given this title after being voted by their peers.

Believe it or not, autumn is here and the spooky season is upon us. As most people tune into Free Form’s 31 Nights of Halloween, it’s run of the mill, never-ending cycles of Hocus Pocus and The Adams Familyleave more to be desired.

Did This Book Predict the Future?

Women are objects. Nothing more than a vessel to bear a man’s child. This is what the book The Handmaid’s Tale portrays could happen to America if the citizens continue to act freely.

Central CTE Goes To The Fair

The smell of funnel cakes and chicken wings fills the air as the sound of creaking metal surrounds us. This place of childhood wonder and fatty foods is known as the Tennessee Valley Fair.

The Student Section at a Glance

An Interview with Will Sullivan

Quiet and intellectual, Will Sullivan may give off the impression of someone easy to overlook. Upon further examination, however, it’s strikingly clear that this Central student is anything but ordinary.

Tips and tricks for the “bad grades” conversation

The end of the grading period could either be a blessing or a nightmare for students. Parents can be intimidating when it comes to bad grades, so what is the best way to approach them?

School superlatives typically fade with the memories of high school. Who knows where Central’s 2018 “Most Likely to Succeed” student will end up. However, in Benjamin Collins’s case, his classmates votes paved the way to his future.

Now is the perfect time to try one of the most relaxing and discovery promoting pastimes available. Hiking can be fun for everyone, but it helps to know how to be safe and where to go to make your experience fun.

For those tired of the hot summer days and ready for the spookiness of fall, check out the CreepyCon Halloween horror convention this weekend.

House Mountain is one of Tennessee’s best hiking trails. Less than an hour drive, located in Corryton, there is no excuse to not make the trip. 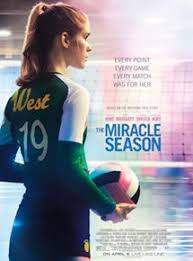 Review of The Miracle Season

Based on a true story, The Miracle Season is an hour and forty minutes of pure emotion. Although reviews are underwhelming, the message continuously pushed through: “live like Line, love like Ellyn” is anything but disappointing.

Kendrick Lamar, a multi Grammy winning hip-hop artist, has just received one of the biggest achievements in the history of music. On April 16, 2018, Lamar received the Pulitzer Prize for music. Kendrick Lamar is the first hip hop artist to ever receive the award for his album “DAMN,” which went platinum.

Fortnite: Why So Addicting??

I hear the term “Fortnite” at least 10 times a day. If it wasn’t for my keen superhuman mind, I would think everyone was talking about something going on in 2 weeks. However, I know Fortnite is actually a video game sweeping the nation. Even celebrities such as Drake, Travis Scott, and JuJu Smith-Schuster join in on the craze. But why does everyone seem to enjoy such a basic game?

In our generation, hip hop is one of the most popular genres of music. Rap is my personal favorite type of music. I like to listen to guys like J Cole, Kendrick Lamar, and even current rappers like Lil Uzi Vert. While some people don’t like the music, some song lyrics can really relate to us as people.

Spring Adventures on the Appalachian Trail

East Tennessee holds no shortage of beautiful places, but there’s nothing quite like Max Patch in spring. With warm weather right around the corner, everyone has grown antsy to get outside.

The Hate U Give : Movie Adaptation

Published in 2017, The Hate U Give was set as New York Times’s number one best selling young adult book of the year. Given the book’s success, this story of a young, black woman will be made into a movie, premiering near the end of 2018.

The Black Panther: The movie taking the nation by storm. Released only on February 16, the Black Panther has already made 786.4 million and counting. This is the must see movie of the year with a 97% rating from Rotten Tomatoes.

Stand up comedy is a very acquired taste. Me personally, I do not find many types of stand up comedy funny, but I decided to branch out and try many different stand up comedians such as: Donald Glover, Bo Burnham, Dana Carvey, and a few more. Here is my thoughts on such comedians.