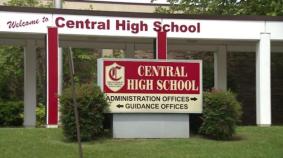 Most students here at Central and around the county have wondered about school starting later. And it just might become a reality, after California became the first state to mandate high schools start at later times.

This topic isn’t new having been previously discussed and studied by students and sleep study researchers. Although it seems like students are in favor of this idea, that wouldn’t be the case here. Instead, most students interviewed where against the idea once they found out that school would have to end at 4:00 in the afternoon, below are some of their responses.

Sam Kenny, a senior who is in between jobs answered that, “I would prefer keeping the schedule the same,” he followed that up with “[because] I’ll need the time to search for employment.” Most of the students interviewed also had that in their reasons for why they would prefer the current schedule over this new one. Ethan Lehocki, a junior who is currently employed and works after school said, “If we get out at 4:00 then my problem with that is, that I’ll get home around the time that I have to be at work which would make me late.” Lehocki was asked what negatives he saw to this, besides the one he said before, and he responded with this, “People getting home really late and having less free time to complete homework or study.” Jackie Hardin had a similar response, saying, “I don’t like [the idea], because I usually have to go to work at 5 and normally I don’t get home till 4 and if we start getting out of school at 4, then I won’t get home till 4:30.”

Even if students wanted or didn’t want the starting time of school to change, it’s left up to the county, maybe even the state department of education. Mr. Brown was interviewed on what he thought of this idea and how many steps it would take for this to be put into action, and this is what he said, “It would actually take quite a bit of work to change the start time of school–it would take the school board making a motion to change our start and end time, and voting to do that.” He also added what else would have to be changed or reorganized, “All schedules (buses, sporting events, clubs, etc.) would have to change their schedules. Additionally, think about the impact that would have with extra curricular events when other school systems around us aren’t on the same schedule.” To sum up everything he said, changing the start and end time of high schools would result in a wide, impressive impact on everything around.

Due to the negative impact that changing high school start times would have on the county and the surrounding counties as a whole, Mr. Brown said, “Due to all of the “other” things associated with changing school start time, we would not consider changing it.” Also adding that it isn’t due to people’s perceptions having to be changed, but due to the ripple effect it would have on so many other things. But he did offer his personal opinion on the matter, saying that he would offer his support on later start times for high school students, having seen many studies about teenage sleep patterns, requirements, and how that impacts proper brain functions, but it would hinder school activities and student work schedules.

So, now that you’ve heard from a couple of students and a member of the school’s administration, it’s now time to hear your opinion. Well actually it’s time to show your opinion on the matter, via the poll below which will be open throughout this weekend and next week.

Poll – Should School Start at 9AM?

More Stories from The Bobcat Times:

Get ready: This year’s fall play “Eurydice” is in motion