From the Key Club to the Robotics Club and even the NHS Club, Central offers a diverse range of ways to get involved. However, it seems that there is something missing. That “something” would be Central’s very 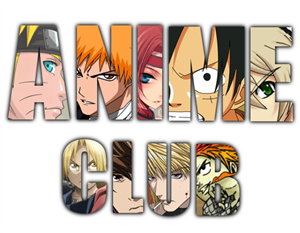 Many high schools here in Knox County can say that they have an anime club. Central, however, cannot. An anime club would be a great addition to Central and would unify a small but significant group of students here.

We’ve recently added Chinese as a foreign language and this seems to be the perfect time to start to introduce more Asian culture to Central. There are many students here who love anime but have no way to connect and express it. An anime club would be their gateway.

and he stated that an anime club would be a pretty cool idea. He has watched many shows including Blue Exorcist, Assassination Classroom, Attack On Titan, Black Blood Brothers, Dragon Ball Z, and One Piece. His favorite overall is Fooly Cooly and said he has binged watched a whole season before.

The crucial need to start a school club is the staff sponsor – so if you’re a teacher at Central interested in providing this incredible opportunity to students – let me know! I can be reached by email at s915016@student.knoxschools.org.

More Stories From The Bobcat Times

The Next Rodney Mullen