Vaping is to blame for 354 cases of lung disease reported across the country in the past month. 800 studies reviewed by the National Academies of Science, Engineering and Medicine reveal vaping causes irreversible lung damage, all while the epidemic of teen vaping continues to rise.

A University of Michigan study indicates teen vaping is at an all time high. 2018 saw a huge rise in the number of people who vape with 37% of high school seniors vaping in the last 12 months, compared to 28% i 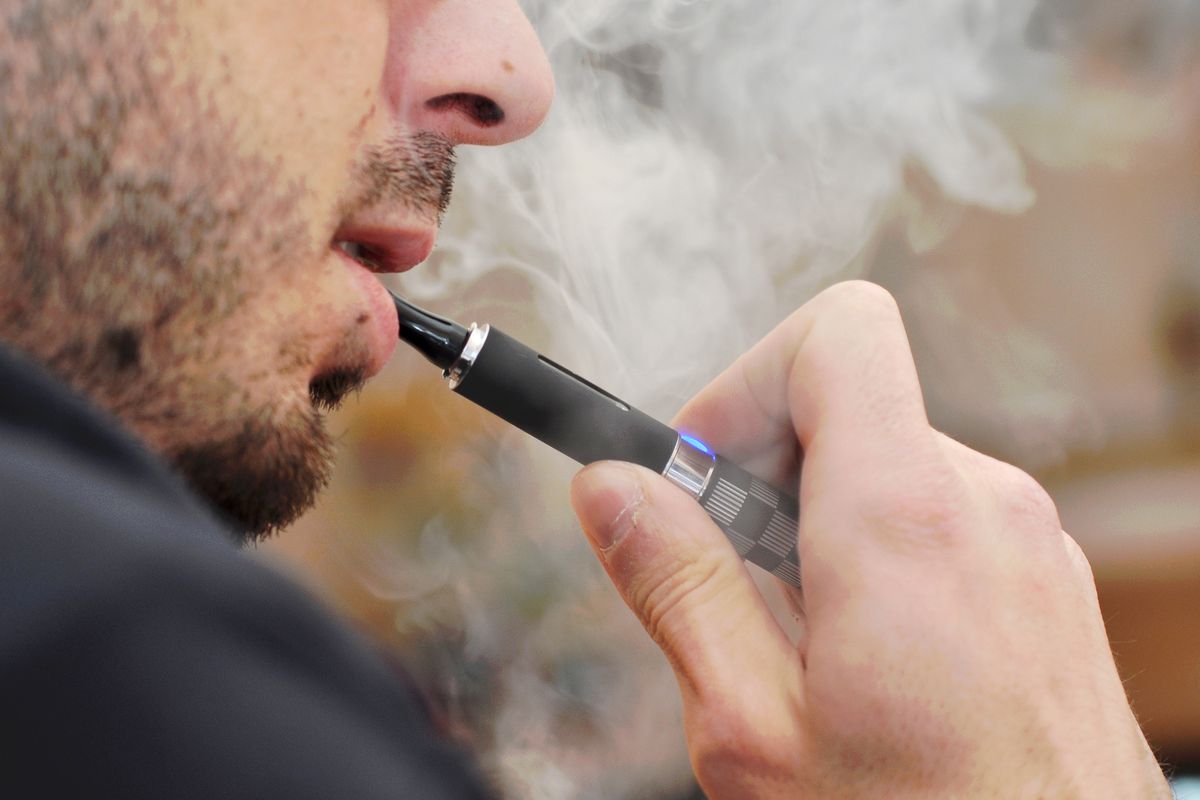 Vaping continues to explode even in the face of backlash from medical professionals. The FDA, the World Health Organization, and a number of other medical organizations have all denounced the trend. Considering the lengths companies take to disguise risks and chemical used in these products, many teen users may be skeptical of these risks.

Juul is by far the most popular brand for vaping. According to Dr. Christina Sadreameli, a professor of pediatrics at Johns Hopkins University, she says that Juul pods are more harmful than they’re commonly perceived to be. “This notion [that] ‘it’s just water vapor and nicotine and flavorings’ is very untrue,” says Sadreameli. “E-cigarette vapor contains a lot of harmful chemicals, heavy metals [and] ultrafine particles.”

According to WBIR, a teen right here in Knoxville was hospitalized due to illness caused by vaping THC, the psychoactive cannabinoid found in marijuana. Harrison Myers, 19, saw doctors in response to constant stomach aches, coughing, and vomiting.

The doctors initially thought that Myers simply had a virus, but Myers’ symptoms persisted and led him to believe that his habit of vaping was actually the cause of his sickness. A CT scan revealed a startling picture of Myers’ lungs, which he says had damages that looked like “hundreds of pieces of broken up glass.” The doctors then told Myers’ that his illness was directly related to vaping.

Myers’ was specifically using unregulated THC vape cartridges. THC cartridges have seen a massive growth in popularity among youth, but they pose a very real threat to public health. The cartridges are often posed as a professional, regulated product, when in reality most of them are made with a hazardous combination of chemicals in basements across the country.

A massive drug bust in Wisconsin revealed that two men were making almost $2 million every month by selling fake, counterfeit THC cartridges. One of these men, Joel McGinn, said that he and other dealers regularly bought empty glass cartridges and refilled them themselves with THC oil. No one can be sure what exactly is in these cartridges, but knowing that the cartridges were filled without any sort of regulation, the cartridges may contain far more than THC.

As vaping both nicotine and THC continue to grow in popularity, the vaping industry is under fire by public health officials. After a myriad of legal battles, Juul is under investigation, once again, this time by the Federal Trade Commission. Juul has been accused of marketing towards teens, and it’s no wonder why.

In the past, Juul paid social media influencers to promote their product, ran ad campaigns that painted the Juul as a trendy, fun lifestyle accessory, and have made flavors of their product that many believe are specifically marketed towards teens. Since then, Juul has rolled back these practices due to scrutiny, but teen vaping continues to rapidly grow.

All things considered, awareness of the risks of vaping both THC and nicotine should rise to prominence. If you or someone that you know is vaping, ensure that everyone is made aware of the potential risk that the habit poses.

More stories by The Bobcat Times