Homecoming: a beloved Friday night tradition meant to showcase a school’s well rounded and diverse opportunities of sports and clubs. Friendly competition is intertwined within the battle for homecoming queen or king, but some wonder if the system has room for improvement.

The current system for deciding a winner is through fundraising. Whoever raises the most money during the time allotted is crowned. In theory, this system prevents a “popularity contest” and raises money for candidates’ clubs or sports regardless of the homecoming honor; however, in practice problems arise. Students acknowledge a potential loophole of the system in the opportunity for fundraising before the allowed date and saving that money until it can be written in a check claiming to be an order or donation for the homecoming funds.

Central’s new head principal Mr. Andrew Brown has been open to a “hybrid model” including both fundraising and student vote. Already aware of the issue from past experience at other schools he says “I don’t think it should completely be based off of popularity in a vote but I also don’t think it is right if a parent can say ‘Well I want my child to be homecoming queen so I’m going to write a check.’” With fresh leadership at Central, perhaps a compromise will be considered.

Central High School’s homecoming will take place this Friday 9/6. Come see the bobcats in action against Sevier County for yourself while also supporting students who are active off the field. Central is a place where student involvement is highly encouraged. This pride and tradition is sure to continue growing and improving into the future. 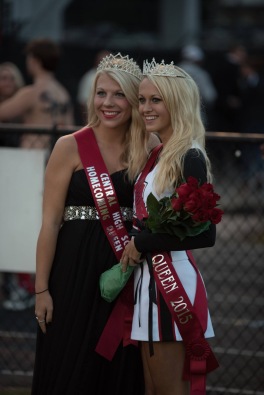 Read more from The Bobcat Times