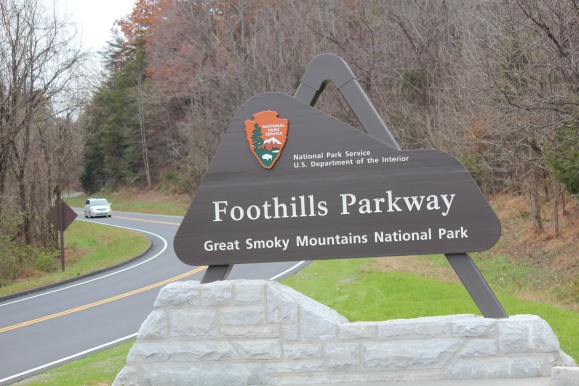 After nearly 75 years of construction, The Great Smoky Mountains National Park welcomes the new addition to their many parkways, Foothills Parkway on November 10th.

The link between Walland and Wears Valley was often described as the missing link and has long been awaited since 1944. Foothills Parkway was approved by Congress on February 22, 1944, but the construction hadn’t started until 1966 as World War II had hindered any progress

It took the group behind the making of Foothills Parkway many, many years to get the government to fund the project until Congress finally agreed in 2009 and gave the slow construction progress the boost it needed.

After seven years and $48.5 million, the last five bridges were completed and the 1.65 miles trail was ready to be seen as an early Christmas present.

In case it was a worry, the bridges don’t extend more than 10ft off the roadway itself to preserve the wildlife of the mountain due to the experimental and odd designs the construction company was allowed to try

Now, it hadn’t all been taken for granted as each and every bridge contained a wondrous view that just about everyone should be allowed to see.

And don’t worry, the furry family member can tag along too.

Read More From The Bobcat Times!

Definite Ways to Better Your Lifestyle