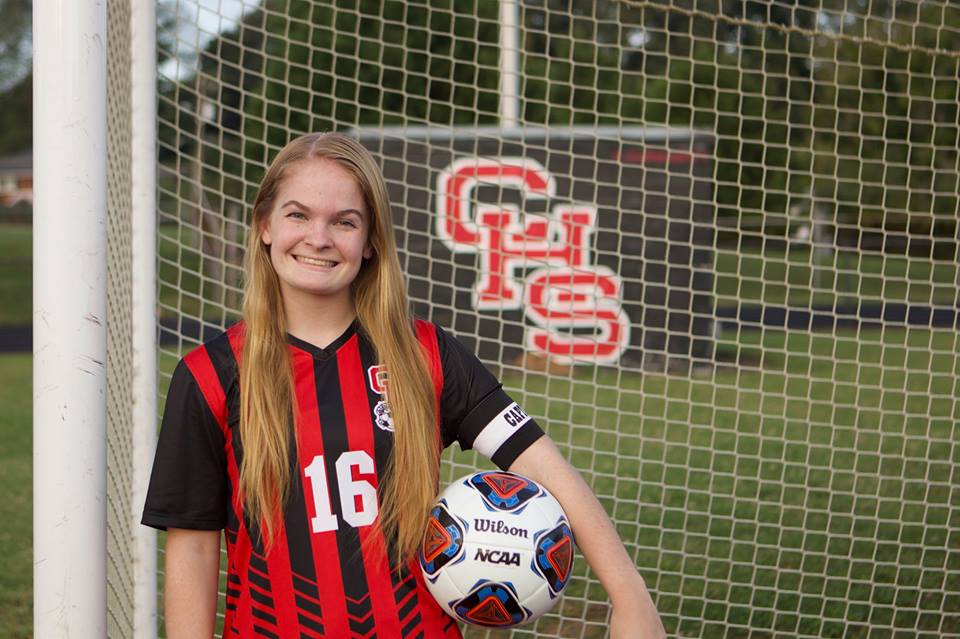 When asked how she felt after winning she said “I was very happy about winning, and not necessarily surprised because all my friends were telling me they were going to vote for me. The first people that I told was my main friend group.”

Some fellow senior classmates shared why they voted for her:

Justin Mize recalled, “she quickly came to mind because she is a dual-sport athlete.”

Mackenzie McManus explained, “I voted for her because she is involved with a lot of sports: tennis, soccer, and basketball. She definitely deserves the title because she’s dedicated to what she loves.”

Kacie Grogan pointed to a years-long commitment, “throughout elementary school and middle school she has always shown her athleticism. She is the captain for the soccer team, plays basketball, and exceeds in both.”

Trafton Garner won the most athletic boy superlative for class of 2019. He is a part of the track team, and has been running since he was in 5th grade.

When asked how he felt about winning, he quickly said,”I was surprised at first because we have good athletes in my graduating class. I think I won because I was a part of the team that broke the relay record.”

Some peers say why they voted for him:

Lindsey Smith admits, “he was the first person that came to mind when voting for the boy who is most athletic.”

Zane Pearson shares, “I voted for Trafton because he is very athletic and always strives to be the best at the sport he plays.”

READ MORE BY THE BOBCAT TIMES

Keagan Cross and Cian Bell: Class of 2019’s Most Likely to Succeed

The Dos and Don’ts on getting Recommendation Letters