In our generation, hip hop is one of the most popular genres of music. Rap is my personal favorite type of music. I like to listen to guys like J Cole, Kendrick Lamar, and even current rappers like Lil Uzi Vert. While some people don’t like the music, some song lyrics can really relate to us as people. 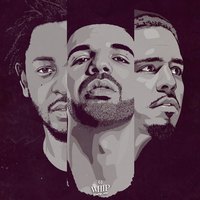 Interview with Jamiya: The most influential rapper to her is Tupac because he was a “poet.” She believes that because, “he was a leader and represented people around the world.” He impacted her life by showing her how the world really is. He wasn’t afraid to voice himself. Her current favorite rappers are Kendrick, Jay-Z, and Nas.

Interview with Ma’khi: The most influential rapper in his life is Lil Uzi because his songs “connect” with him. He likes him because his songs have different emotion. He can go from a fast paced party song, to a slow sad song. Whatever mood he’s in, he can find a song to fit it.

Interview with Malik: The most influential rapper to him is Drake. He’s followed him ever since he started because he has a good flow. He can set the mood for him. However he’s feeling can be changed based on the music he plays.

In my opinion: The most influential rapper to me is Kendrick Lamar. I’ve been listening to him for a very long time. I like his music because he talks about real life, hard times, politics, racism, poverty, and so much more that a lot of rappers are afraid to talk about. He’s just a real person with a good story who voices his opinion on the world.